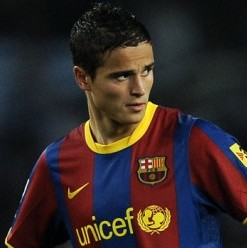 The Daily Mail says Tottenham, Arsenal and Liverpool are all expected to fight it out in the coming days for Barcelona’s Afellay.

The Holland international has been told he can leave the Nou Camp on loan having failed to assert himself on the first-team in the 18 months since he arrived.

Despite his limited chances, Afellay is rated highly by his club, who appreciate the need for him to repair his confidence with regular minutes on the pitch.

With a season-long loan expected to be sanctioned in the coming days, north London rivals Arsenal and Tottenham, as well as Liverpool, are putting together what they hope with be an attractive enough package to entice the forward to their club.