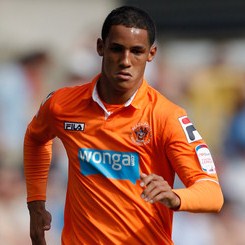 The Sun revealed that Tottenham and Newcastle United have joined the race for Blackpool star Ince.

Ince, out of contract in June, is keen on a Premier League return after being released by Liverpool last year.

The 20-year-old — rated at £8million — fits the bill for Pardew with his age and potential sell-on value.