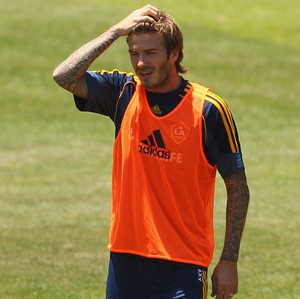 Tottenham boss Harry Redknapp has revealed that he is not targeting LA Galaxy midfielder David Beckham.

The former Manchester United and Real Madrid superstar has been linked with a January loan move to White Hart Lane, where he started his career as a junior.

However, in his pre-match media conference yesterday, Redknapp denied reports that he had any interest in bringing Beckham to London. Arsenal, Tottenham To Do Battle For Ajax Defender Joel Veltman