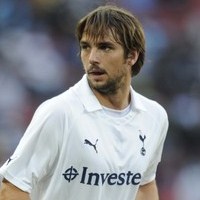 Reports have emerged that Harry Redknapp has blocked Niko Kranjcar’s move to QPR.

It is said that Tottenham boss refused to even listen to an offer for his Croatian midfielder.

He insisted: “They have no chance. I wouldn’t sell Niko to anyone. He is far too important a player for me.

“In the long term, who knows? If he doesn’t play next year and wants to go, I maybe wouldn’t stand in his way as I like him so much.

“But we don’t want to let people go who can help us.”