Reports have emerged claiming that Tottenham have offered Gareth Bale to Manchester United – for £125 MILLION. 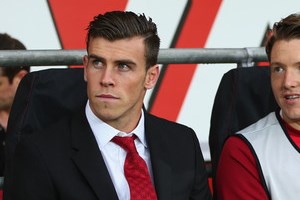 The Daily Star revealed that Real Madrid have lodged a bid for the 24-year-old Welsh international but another offer is on the table from an unidentified club.

However, they would need to lodge a mega offer of £125m if they are to land him, according to one national newspaper.

The £125m figure would obliterate the transfer record set when Madrid paid £80m for Cristiano Ronaldo in 2009.