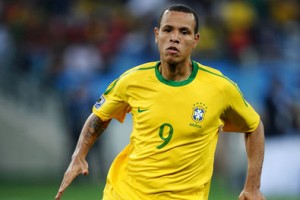 Exciting news are out and it has been reported that Premier League side Tottenham are preparing a bid for Sevilla striker Luis Fabiano.

The Daily Mail has reported that Tottenham want to kick off their Champions League campaign with the £20 million signing of Brazilian international Luis Fabiano.

It is said that Fabiano has caught the eye of Tottenham boss Harry Redknapp at the World Cup with Brazil.