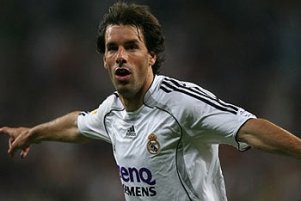 Sensational transfer news are out and it has been reported that Tottenham boss Harry Redknapp will try again for Real Madrid striker Ruud van Nistelrooy in January.

The British media has reported that Redknapp wanted to bring the player to White Hart Lane in the summer and could make another offer before the January transfer window after hearing the former Manchester United star is looking to leave the Bernabeu.

It is believed that Dutch international striker Van Nistelrooy wanted to stay and fight for his place at Real Madrid in the summer after recovering from a knee operation.

Van Nistelrooy also scored as a substitute in the first match of the season but picked up a calf injury which has since sidelined him.

The former Red Devil now accepts that he is unlikely to start many matches for Real Madrid and is looking to the Premier League.