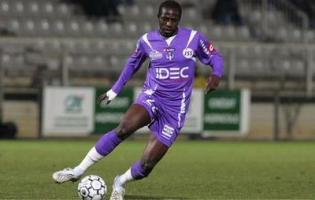 Premier League side Tottenham Hotspur are prepared to raise their offer for French starlet Moussa Sissoko to £15.5million.

It was reported that Toulouse have already snubbed a £12m bid from Spurs manager Harry Redknapp for the defensive midfielder now aged 19.

It is believed that the French club want £25m for Sissoko and the player revealed that he would like to play in England one day but he is in no hurry to leave France just yet.