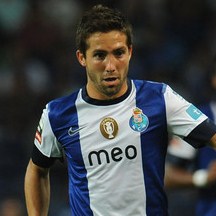 It has been reported that Tottenham boss Andre Villas-Boas is not giving up on landing Porto midfielder Joao Moutinho.

The Sun revealed that the Portuguese made a cross-Channel dash in a last-ditch bid to persuade Moutinho to join Spurs in a £22million switch.

He was left frustrated when a deal for the midfielder, 26, collapsed on deadline day in August.

Big-spending Paris St Germain are now understood to have stolen a march in the race for the midfielder.

The 26 year old was the star player in the Champions League clash at PSG on Tuesday.

AVB raced to the French capital to make it clear to him and his representatives that Tottenham are still interested. Redknapp : Edin Dzeko Will Be Fantastic!