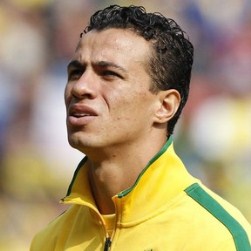 Reports have surfaced that Tottenham are ready to try again for Internacional striker Leandro Damiao.

The Premier League side saw multiple offers for the Brazil international rejected by Inter at the start of the summer market.

However, with the Brazilian giants having agreed terms with Manchester City for Jo, they may now relent in selling Leandro, says the Daily Mail.

The 21 year old signed an extended contract this week, but that deal was put together to help the Porto Alegre club demand a bigger fee.

Tottenham have already had two bids rejected for the talented striker — the last one of £12m — but remain keen on the striker who has scored 24 goals in 29 games this year.