Reports have emerged claiming that Tottenham are reviving a bid for Southampton midfielder Morgan Schneiderlin. 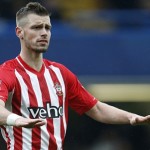 The Daily Mail reported that Spurs are preparing to re-enter the race for Schneiderlin after Manchester United pushed ahead with their deal for Bastian Schweinsteiger.

Schneiderlin looked set for a move to Old Trafford after Arsenal pulled out of the running for the France midfielder.

But Bayern Munich ace Schweinsteiger’s move to United has thrown the Southampton star’s own move north into doubt.

And Mauricio Pochettino is being kept updated on Schneiderlin’s future ahead of a possible move.