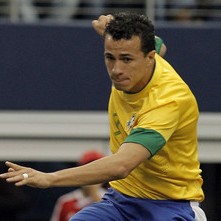 It has been revealed that Tottenham are likely to buy a new striker in January with Emmanuel Adebayor set to play for Togo at the African Nations Cup.

The Sunday Mirror reported that they attempted to sign £20million-rated Leandro Damiao from Internacional during the summer and have scouted Atletico ­Madrid’s Adrian Lopez, ­Valencia’s Brazil international Jonas and Crystal Palace’s Wilfried Zaha, 19.

Boss Andre Villas-Boas is also a big fan of Daniel ­Sturridge from the pair’s time together at Chelsea.

Arsene Wenger Predicting A Quiet Opening To The Transfer Market