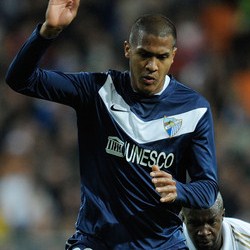 Reports are out claiming that Tottenham are ready to swoop on crisis club Malaga to land Jose Salomon Rondon.

The Sun reported that Spurs are set to cash in on Malaga’s fire sale by making a £10million bid for Rondon.

Arsenal remain confident of wrapping up £17m midfielder Santi Cazorla — who also plays for the debt-ridden Spanish side.

Now Venezuelan Rondon, 22, could be next to leave.

Malaga are in total turmoil and Rondon admitted: “If the situation is not fixed it is normal that players would leave.”