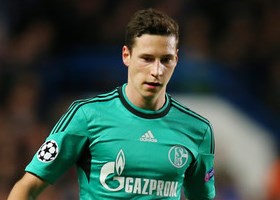 The Mirror reported that Levy is set to veto Lewis Holtby’s move to Schalke – because he doesn’t want to help Arsenal land their number one target.

The 20-year-old German international is a product of the youth set-up at Schalke and is seen very much as the jewel in their crown.

But the club admit they will be powerless to let the player, dubbed as the next Robin van Persie, leave should Arsenal trigger a £37million release clause in his contract.

The German side have targeted Holtby as a replacement for Draxler if his valuation is met.