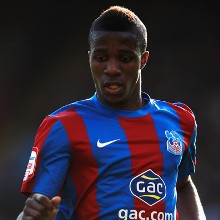 Reports have emerged that Tottenham have made Crystal Palace youngster Wilfried Zaha their No1 January target.

The Sunday Mirror reported that the ­19-year-old ­Crystal Palace winger has made a ­good impression on the White Hart Lane scouting team and the club now look certain to move for him at the end of the season.

Palace value Zaha in excess of £20million and that fee would not frighten Tottenham, who would likely make a down payment of £10m with the remainder paid over the course of a five-year contract.

Chelsea, Arsenal and Manchester City are ­also in the hunt.

Mancini : Manchester City Had The Chance To Sign Fernando Torres