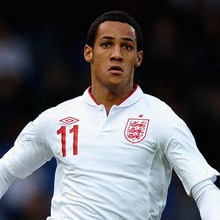 Reports are out claiming that Tottenham are prepared to move for Blackpool winger Thomas Ince.

The Sun reported that the England Under-21 international is one of the hottest properties outside the Premier League with Manchester United and Liverpool also interested.

Yet Spurs now seem certain to make a move for Ince, 20, when the transfer window opens even though his price tag has increased from £4m.

Ince is now being watched by Tottenham at all of his games with White Hart Lane coaches Les Ferdinand and Tim Sherwood keeping a constant eye on the player’s progress.

Spurs believe the son of former England star Paul could be tempted to switch Championship Blackpool for Andre Villas-Boas’ side in January.