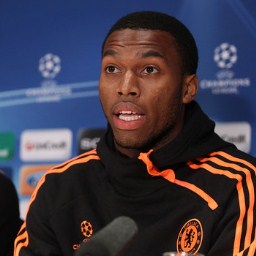 It has been revealed that Tottenham will rival Arsenal for Daniel Sturridge should he push for a move away from Chelsea.

Sturridge, who is admired by the likes of Tottenham, Arsenal, Real Madrid and Barcelona, is understood to be fed up at a lack of opportunities in his favoured central striking position, a role that £50million Fernando Torres continues in despite his lack of goals, says the Daily Mail.

The 22-year-old, who arrived at Stamford Bridge from City for £3.5million in 2009, has instead been switched to a wider right-sided role even though he has scored 10 times compared to Torres’ four goals so far this term.