It has been reported that Tottenham are holding out for an ‘absurd’ amount of money for midfielder Etienne Capoue according to his agent. 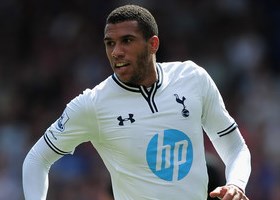 The French international midfielder, who joined Spurs from Toulouse for around £9million this past summer, is wanted by Italian club Napoli.

The 25 year old’s representative Martha Fischer claims that the defensive midfielder is interested in the transfer but suggests that Tottenham are making life difficult by asking for a reported £12m.

“The problem is not the player or Napoli – Tottenham just want a lot of money. What they’re asking for is absurd,” Fischer told Radio Crc.

“But we are only on January 21, and there is still hope.” Napoli Players Fed-Up With The Behaviour Of Marek Hamsik