Tottenham striker Harry Kane has declared that they’ll be up for their derby with Arsenal. 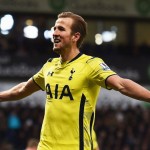 He said: “The big one at White Hart Lane next Saturday – everyone is looking forward to it. It’s probably the biggest game of the season for us.

“We’re really looking forward to it and hopefully we can get a win.” The Story behind my Goal Celebration – Santi Cazorla