Tottenham striker Roberto Soldado has admitted that he is ready for his North London derby debut. 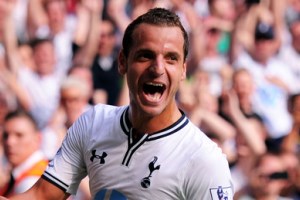 The 28 year old Spanish international striker has struck twice in two games for Spurs ahead of the Arsenal showdown.

The former Valencia striker said : “Yes, my team-mates have told me what the derby means,”.

“Tottenham against Arsenal is one of the most beautiful games for the club and everyone who has come in from outside will want to play in it.

“It’s the game with the biggest rivalry for Tottenham and I cannot wait to play in this environment and I hope we can get the three points.”