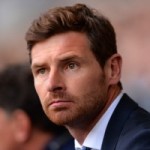 The Sunday Times revealed that Spurs are weighing up rivaling Arsenal for Suarez should they sell Gareth Bale to Real Madrid.

In addition to the purchase of Spain centre-forward Roberto Soldado, Spurs manager Andre Villas-Boas has asked for a second international-class finisher.

The stumbling block over Suarez’s signing will be convincing the Uruguayan to move to White Hart Lane without the promise of Champions League football this season.