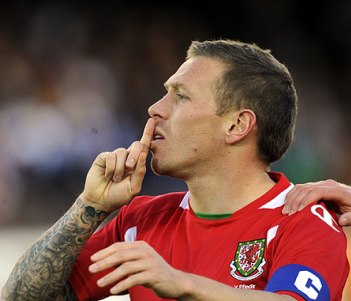 Sensational transfer news are out and it has been reported that Tottenham are lining up a £4 million bid for Manchester City attacker Craig Bellamy.

The Daily Mail has repored that in January 2009, City beat Spurs to sign Bellamy from West Ham for £14m, but they now need to sell players before the season starts to meet new 25-man Premier League squad rules.

“It is clear some of the players we have will have to be left off,” said boss Roberto Mancini.