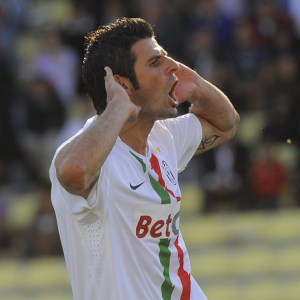 Transfer news from the Italian Serie A is out and it has been revealed that Juventus striker Vincenzo Iaquinta is linked with a move to Tottenham Hotspur in January.

According to Tuttosport, Spurs boss Harry Redknapp has revived his interest in Juventus striker Iaquinta, with a view to making a bid in January.

Although the Italian is already 31, he has a wealth of European experience and a World Cup winner’s medal to his name.

It it believed that the a fee around the region of €12m should be enough to swoop for the 6ft 2in Italian international.

Tottenham Ready To Move For Manchester City Outcast Shay Given

Andre Villas-Boas Set To Be Named As Tottenham Manager