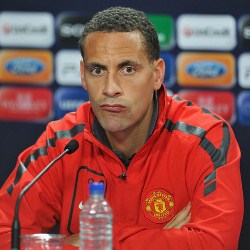 Interesting transfer news are out and it has been revealed that Tottenham boss Harry Redknapp is planning a new bid for Manchester United defender Rio Ferdinand.

The London Evening Standard has reported that Redknapp is a huge admirer of the England international, who he brought through West Ham’s Academy into the first team when he was in charge at Upton Park.

Redknapp tried to sign the 32-year-old 12 months ago only to be told he wasn’t for sale.

At the time he confessed he wasn’t confident of ever signing Ferdinand but United now have six centre-backs at the club following the arrival of Blackburn defender Phil Jones, who Spurs were also interested in.

Redknapp said in April: “I’ve told the chairman many times that it’s not always about the best players, it’s about getting characters.

“Chelsea and United have had it over the years. William [Gallas] has given us experience and we’ve got Michael [Dawson] at the back but to keep progressing you need leaders. You can’t have too many at your club.”

Wages could be a stumbling block to any deal with Ferdinand earning £120,000 a week. But Redknapp needs help in defence with Ledley King and Jonathan Woodgate both having had injury problems.