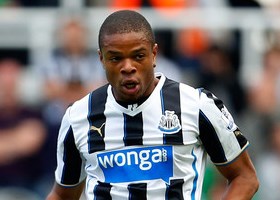 It has been revealed that Tottenham and West Ham United are interested in Newcastle United striker Loic Remy.

The French international striker is currently on-loan at Toon from QPR and won’t commit long-term to Tyneside.

The Daily Star says Spurs and the Hammers were linked with moves for Remy before his loan switch and remain keen.