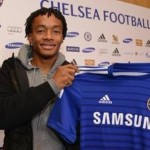 A list of all the deals that were sealed on the final day of the 2015 January transfer window. Liverpool Pushing To Open Talks With Roma For Miralem Pjanic