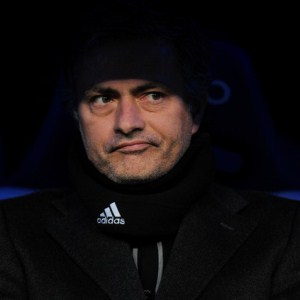 Sensational news are out and it has been revealed that Real Madrid boss Jose Mourinho is at loggerheads with sports director Jorge Valdano.

The self proclaimed ‘Special One’ is reportedly furious over comments made by Valdano, the club’s General Director, and then by another anonymous member of the board regarding his decision to leave striker Karim Benzema on the bench on Sunday for the 1-1 at Almeria.

Real are chasing a new forward as cover for the Frenchman and Mourinho was accused of trying to make a point about his squad’s limitations by putting the former Lyon striker on the bench.

“I am too long in the tooth to be sent messages in the press,” said Mourinho in response to an unnamed Bernabeu heavyweight saying: “The Problem with the coach is he has created a split where there was not one before. We are following a self-destructive path over the simple matter of whether or not we bring in a striker for six months.”

Valdano was asked after the Almeria match about the progress being made in the hunt for a new striker and he said: “We are spectators to whatever the coach decides. I hope Benzema does not stay on the bench for too long. The situation surrounding him is unfair.”

Mourinho responded: “I pick the team, and if I need any help then I have my coaching staff.”