It has been reported that TV networks are battling for Arsenal legend Thierry Henry. 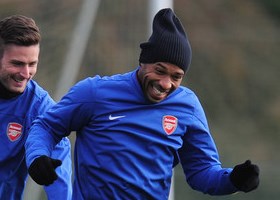 The Daily Mail reported that Henry has become the most wanted TV football pundit, being chased by the BBC, Sky and BT Sport.

Henry, whose playing contract with New York Red Bulls runs until the end of the 2014 Major League Soccer season, made an immediate impact on Sky’s midweek Champions League coverage. Sky and their arch rivals BT are both known to be keen on signing him up on a regular basis.

But the BBC are regarded as favourites for the Frenchman.