It has been reported that two Premier League players are ready to come out as being gay. 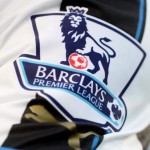 The Mirror claims that the two players – including an England international – have told family and friends, and are being supported by their clubs and the Football Association.

A source said: “The stigma has completely gone, and the public are far more accepting.

“At this level of football, being gay is almost the final frontier.

“It has always been such a macho game and, unfortunately, perhaps more than in any other sport, there can be an aggressive mob mentality in the stands.

“But finally the tide is turning and more and more sports people are openly gay.”

The stars are thought to be planning to go public before the start of next season.