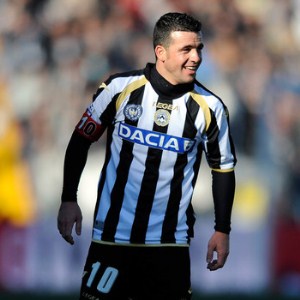 Serie A champions Internazionale saw their 100 per cent record under Leonardo ended after they were beaten 3-1 by Udinese at the Stadio Friuli.

Dejan Stankovic gave the visitors the lead but that was soon overturned by strikes from Cristian Zapata and Antonio di Natale, with Maurizio Domizzi adding another after the break.

Udinese remain in eighth place in the Serie A table but the win keeps them firmly in the hunt for a Europa League place. Inter missed out on the chance to temporarily move up to second in the table, and remained fifth ahead of the rest of Sunday’s Serie A fixtures.