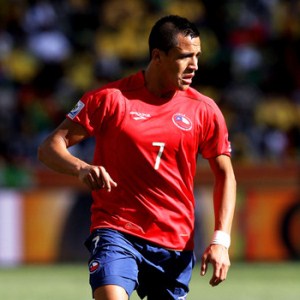 Interesting news are out and it has been revealed that Udinese president Gianpaolo Pozzo has told Chelsea that they must pay £25million if they want to sign Chile winger Alexis Sanchez.

Asked about the 22-year-old’s value, Pozzo told Sky Italia: “With Chelsea, we talked about 30million euros. I want this figure, if not more.”

Inter Milan was also interested in the speedy winger but has been cooled of late, as Udinese’s price was too high.

“There was also interest from Inter Milan, which we decided to stop,” said Pozzo before stating that Udinese want to keep Sanchez and that only Floro Flores will be allowed to leave.

“It’s useless to talk about something that we don’t want to do because we cannot remove anyone from the team when we are midway through a season.

“No-one will move now, not even (Gokhan) Inler. Just Floro Flores will leave. He wants to play and has no place here. Juventus and Genoa? He’ll decide. What’s important is that we don’t loan him out.”

Sanchez, who starred at the 2010 World Cup and has continued to impress in Serie A, has already been linked with both Manchester City and Manchester United of late.