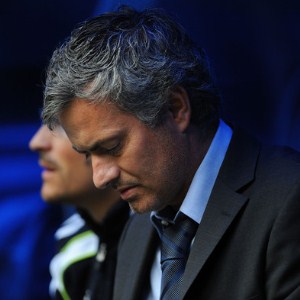 Sensational news are out and it has been revealed that Jose Mourinho has been given a five-match touchline ban in European competition for his red card and verbal outburst at the Champions League semi-final first leg against Barcelona.

The Special One, who won the European Cup with Inter Milan last season, was also fined 50,000 euros (£44,128) for his behaviour by a UEFA disciplinary panel.

European football’s governing body said Mourinho’s ban included the second leg of the tie, which he has already served, while the final match would be suspended for a probationary three-year period.

That means the Portuguese coach will be banned from the touchline for the first three European matches next season. Ronaldo : Everyone Is Jealous Of Mr Mourinho!