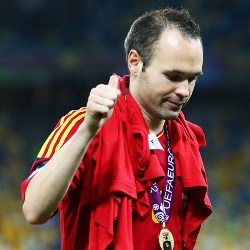 Spain midfielder Andres Iniesta, who started all six games at the tournament, has been named player of Euro 2012 by Uefa. David Silva To Turn Down Barcelona For Man City Stay