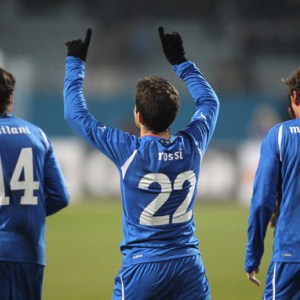 Italy overcame being reduced to 10 men as goals by Giuseppe Rossi and Alessandro Matri saw them seal victory over Ukraine in their friendly clash in Kiev.

Rossi put the Italians ahead in the 27th minute when he slotted home Domenico Criscito’s cross from close range.

Ukraine pushed for an equaliser and their task appeared a little easier when Davide Astori was sent off following a second booking with a quarter of an hour remaining.

However, it was Italy who claimed the second goal when Matri scored with nine minutes left to confirm the win.