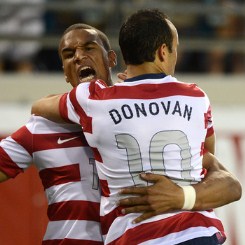 Landon Donovan struck a superb hat-trick as the United States crushed Scotland 5-1 in a friendly international on Saturday handing the Scots one of their most humiliating defeats.

Juergen Klinsmann team’s fifth successive win was a sparkling performance against a woeful Scotland team who were unable to match the speed and creativity of the Americans.

Donovan had said earlier in the week he was finding it hard for motivation but on Saturday there was no short of hunger in an outstanding display from the U.S’s all-time top scorer, who now has 49 goals.