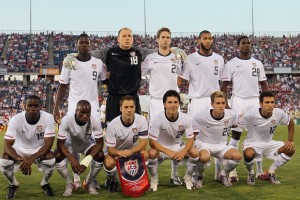 Head coach Bob Bradley has announced his final 23 players to represent the USA at next month’s World Cup.

The final squad will depart for South Africa on May 30 as they prepare for their opening group stage clash with England in Rustenburg on June 12.

Bradley said the squad had come together after four years of hard work but admitted it was a tough to make the call of who was coming and who was staying at home.