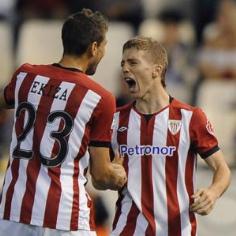 Roberto Soldado grabbed a late equaliser to salvage a 1-1 draw for Valencia after Athletic Bilbao had threatened to extend Los Che’s miserable run.

The home side had won just one of their previous six competitive games heading into the contest and went behind after 72 minutes when 18-year-old Iker Muniain again highlighted his vast potential with a wonderful opener.

But with time running out Soldado scored an equally fine equaliser, rounding Athletic goalkeeper Gorka Iraizoz and tapping in from a tight angle.

Almeria Goalkeeper Diego Alves Linked With A Move To Valencia