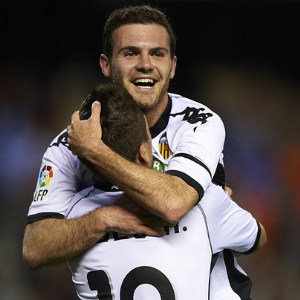 Valencia cemented third place in La Liga with a thumping 5-0 win over Villarreal as Roberto Soldado and Juan Mata both scored twice.

Ever Banega was also on the scoresheet as the home side ripped an inexperienced defence to shreds from the outset.

Although the Yellow Submarine are only a place below Los Che in the table, the gap is now six points and Unai Emery’s side have a clear advantage in the head-to-head, which decides level finishes in La Liga, as well.