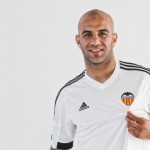 It has been revealed that Valencia have beaten Chelsea to the signing of Monaco defender Aymen Abdennour.

AS claims that the Tunisian centre-back was at the club’s offices negotiating his contract which will bind him to the Spanish club for the next five years.

The operation was closed for 25 million euros plus add-ons, which means the final cost could reach 30 million.

Chelsea attempted to hijack the deal right up until the final moment but the 26-year-old defender will be playing this season at Mestalla and coach Nuno now has a replacement for Nicolás Otamendi.