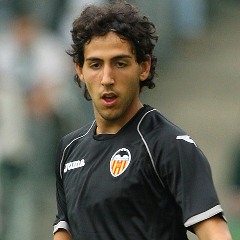 It has been revealed that Valencia are warning Arsenal off midfielder Dani Parejo.

The former Real Madrid prospect’s agents were said to have held talks with Arsenal last month.

The 22 year old midfielder reportedly fell out of favour with Valencia coach Unai Emery earlier in the season, but he has been handed a reprieve after Sergio Canales was ruled out for six months with a knee injury.

Valencia will now be desperate to keep Parejo at the Mestalla when the transfer window re-opens and will look to turn down any move from Arsenal over his signature.