It has been reported that Valencia hope to close a deal over Manchester United striker Javier Hernandez for £8.5 million. 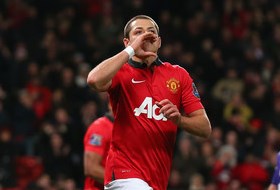 The Spanish club are now monitoring the situation and Singapore tycoon Peter Lim – who is vying to buy the La Liga club – has identified Hernandez as his marquee signing.

The Sun reported that the Mexican international has become increasingly frustrated with his lack of playing time this season and could be available for £8.5million.