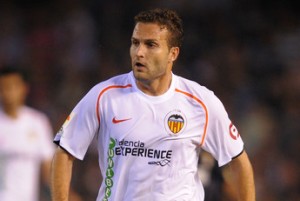 The 34-year old veteran has been named as a possible transfer target for clubs such as Bolton, West Ham and Wigan but he has revealed that he is comfortable with Valencia and knows nothing about any transfer possibilities.

Baraja told reporters that : “It does not depend on me and I have not brought it up,”.

“I will not be thinking about whether I stay or not yet. It is a club decision and the only fact at the moment is that my contract runs out on 30th June.

“All I want to focus on now is training well and to be able to play in the games that we have left this season.”