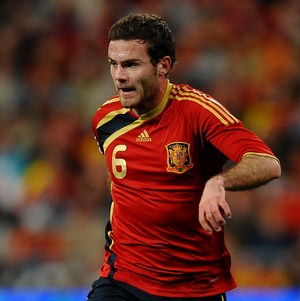 News from the Spanish La Liga is out and it has been reported that Valencia are ready to secure midfielder Juan Mata to a new contract.

The Spain international winger has complained about the lack of progress over talks regarding a new deal after he chose to stay at the Mestalla while teammates David Silva (Manchester City) and David Villa (Barcelona) left for bigger clubs.

It was said that Mata was set to follow Villa to Barca, only for Los Che president Manuel Llorente to block the move.

Valencia are now planning to open talks about a new deal with Mata next month. Ever Banega Out For Six Months After Car Accident