It has been reported that Halmstads striker Valmir Berisha has turned down offers from Arsenal and Manchester United. 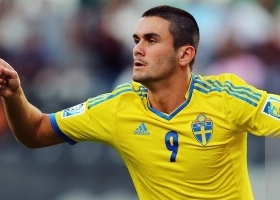 The teenage Swede was the star of this year’s U17 World Cup and has several European powers chasing his signature.

Aftonbladet claims that United and Arsenal have been in touch with Berisha about trials, but the youngster has turned down both approaches.