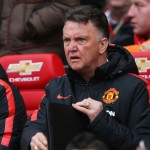 Reports are out claiming that Manchester United legend Edwin van der Sar is confident Louis van Gaal will bring the good times back to the club.

He believes that, once LVG brings in a free-scoring striker, United will be heading to the top.

Van der Sar, who worked with Van Gaal at Ajax and for Holland, said: “Both Louis and Jose invested in new players last summer, and both of them bought a striker.

“Mourinho bought Diego Costa and Van Gaal got Falcao – and both players went to England with massive reputations.

“But there has been one big difference. Mourinho’s striker started scoring goals from day one; Louis’ striker didn’t.

“Louis is a great manager. But the advantage Mourinho had was that he already knew what the Premier League is all about.

“Louis was not able to prepare himself for the highest level in English football and all the things he was going to face.

“He was involved with the Dutch team for too long at the World Cup. It was a long summer for him and he only arrived at the last minute at Old Trafford.

“Louis needed time to implement his own way of football and training – or philosophy as he calls it – into the club.

“He has done a great job so far – and I think next season we will see United right back at the very top.”