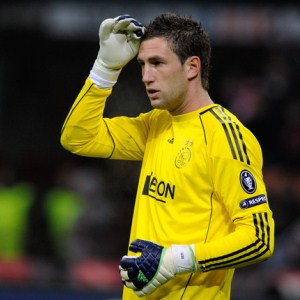 According to The Daily Star Sunday,the United keeper, who retires at the end of the season at the age of 40, has recommended his successor in the Holland side to Ferguson.

Dutch sources have revealed that a £10million summer move to Old Trafford for 6ft 6ins Stekelenburg is the talk of the Ajax dressing room.

But the final say rests with United boss Fergie.