Reports are out claiming that Manchester United boss Louis van Gaal was delighted with their performance in victory over Hull City. 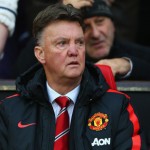 Van Gaal said: “It is the first match that we have dominated the game from the first minute until the last minute and in a way that I like.

“We knew already in advance that Hull would come probably with five defenders and a full midfield. We have trained to play the ball quick and we did it but also we didn’t give too many unnecessary balls away.

“So that was also an improvement on the Arsenal match. I was very pleased with the performance and the result and I have told the players that.

“We had great creative moments in the game and the creation of the chances.”