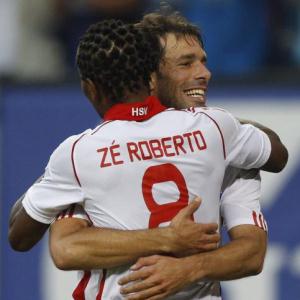 Van Nistelrooy made a sparkling start to the Bundesliga season, volleying Hamburg into the lead right after half-time, and also rattled the bar with a free kick.

The former Manchester United and Real Madrid striker ensured his side had the last say as he tapped in a Ze Roberto pass only three minutes later for the winner.