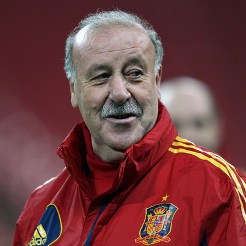 The Chelsea striker was a key member of the Spain squad that won the 2010 World Cup and Euro 2008 but the 27-year-old’s chances of going to Ukraine and Poland this summer could be hit by his lack of success at Chelsea over the last 12 months.

Del Bosque told AS: “It’s a concern. He isn’t playing much…there are five months to go to the European Championships, in which everything can turn around.

“But if the situation doesn’t change it’s going to be difficult for him. Fernando deserves respect for his career, and he has our confidence. But if he doesn’t play…well, time will tell.

“If he plays and he’s fine he will go to the Euros. He has contributed to the success we’ve had and he has some leeway.”