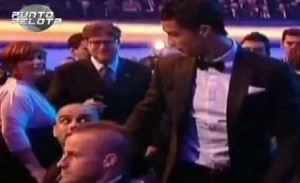 In quite a rude move, Pepe Guardiola refused to shake Ronaldo’s hand during the FIFA Ballon d’Or Gala recently.

When former Barca boss Guardiola was approached by Madrid ace Ronaldo, the Spaniard stared for a second before turning away, leaving the Portuguese’s hand hanging in the air.

The look on Ronaldo’s face told a story of bemusement, while Pep went back to soaking up the atmosphere.

Kudos to Ronaldo for even trying, pure class.


Chelsea and Arsenal Target Luke Shaw to Stay at Southampton